Today at GamesCom, Treyarch streamed a demo of Call of Duty: Black Ops II that highlighted multiplayer. I didn’t care. But what I DID care about was a quiet revolution in gaming: the ability to live stream natively from within the game.

We’ve never seen this before, the market for this feature is massive, and we’ll see it in many more games very soon.

But I’m not going to talk about that right now. I will later. What’s getting to me right now is the weird disconnect between what people think these features mean, what they actually mean, and what’s being reported. It doesn’t match up.

Let’s look at the FAQ from callofduty.com – here’s the pertinent excerpts:

Q: Will the CODcasting feature be available in all modes of play?

A: The new CODcasting feature is available for live gameplay in Custom Games and local play, allowing players to commentate matches with friends in real time. It is also available for commentating League Play and Public Match games through Theater replays.

Q: What is the live streaming feature?

A: Live streaming is a feature that will be available in League Play and will allow players to broadcast gameplay from their perspective to viewers on the internet.

Q: Can I CODcast and live stream a game at the same time?

Look at 11:23 in this horribly out of sync video – that looks like some play controls. Is that Theater Mode? I don’t know, I don’t play Call of Duty. But that would line up with that thing they said where you can only CODcast on Theater replays.

I’d say Activision was CODcasting a Theater replay of a match, and then live streaming that feed using totally separate gear. They were clearly, at the very least, live streaming via separate gear – which is incredibly misleading when you’re talking about also having livestreaming in-game.

Unfortunately, the news outlets covering GamesCom aren’t clarifying this. In fact, reading the coverage, you CAN CODcast and live stream at the same time.

From IGN (disclosure: I used to work for them):

Any player can switch to the shoutcaster “team” before a match starts, thus opening their adversarial player slot for another person, and broadcast their live commentary to anyone willing to listen.

You start by joining an online multiplayer lobby. You are not placed on a team, however, and you don’t have a presence on the battlefield. Instead, you can cycle through every player’s point of view and see exactly what they see as they play.

All the while, your voice and video feed are being recorded and streamed live over the Internet or just saved to your hard drive

There’s a massive disconnect here, and it’s a really important distinction to make:  streaming your own gameplay and streaming a feature-rich omniscient broadcaster view are two very different things.

So…what’s the deal? Someone tell me so I can go back to my quiet apathy.

In reviewing COD’s officialYouTube video from yesterday’s stream, it turns out Mike “Hastro” Rufail seems to specifically say that you CAN CODcast while also live streaming. Check out 34:13 into the video:

“You saw a few different elements of the CODcasting feature…it just really allows us to get in and make a better viewing experience for the audience that’s tuning in to Call of Duty matches online.”

Then there’s today’s Call of Duty blog post that* really *downplays the live streaming feature. They’re announcing “ongoing development,” working to “enable a streaming toolset,” and requirements, rules, availability and launch timing of this new feature have yet to be announced.”

I dunno, maybe I’m the only one who cares at all. But this is the first time ever that game broadcasting features and tools are being built into a game, and so marks the start of a whole new world for game broadcasting. Maybe let’s at least get the facts straight?

Confirmed from GamesCom. Still waiting to see if there are further details, but it looks like I was right – you CANNOT live stream your CODcasts.

@videograndpa got Treyarch to confirm your suspicions about CODcasting and live streams. Good call.

Adobe seems to be following through on its promise to release features to its Creative Cloud subscribers before retail customers. Today, CC subscribers have access to some new features in 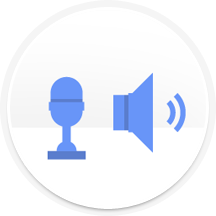 Today Matthew Leske, product manager for Hangouts On Air, announced a new Studio Mode for higher-quality audio. From his Google+ post: Since we launched Google+ a little over a year