I’ve been yelling a lot about the Matrox Monarch since it popped up at IBC last fall: a stand-alone H.264 streaming/capture device that has no competition, but does have tons of uses in production.

It was officially unveiled this past Monday at the NAB 2013 show in Las Vegas. Conveniently, I was also in Las Vegas, and had a chance to chat with a Matrox rep about the device. I got lots of details on how the device works and what its capabilities are – it’s a pretty solid little unit.

But first, let’s get this out of the way:

That puts it out of the range of most gamers – which sucks, as I was really excited for the Monarch as a great solution for game capture. It could still be a great solution; it’s just now out of reach for most people. But look at it from the other side: in the realm of video production, the Monarch is the only sub-$1k streaming appliance. So the pricing isn’t completely nuts.

Anyway, now that that’s over, here’s the details on the Monarch. Most of my predictions from last September turned out to be spot on, but there are a few surprises – read on!

The Monarch will accept up to a 1080p60 signal as input via HDMI. However, the max for streaming/recording is 1080p30 – and to do that, you must set the same settings for streaming and recording. The device isn’t powerful enough to encode two separate 1080p30 versions. At other resolutions, the streaming and recording settings can be set independently. There’s also an HDMI loop-out, which the rep I spoke with said has ~1 frame of latency.

On the audio side, you have your choice of using either channels 1 and 2 of the embedded HDMI audio or a separate 1/8″ audio input. At this time, it’s an either/or choice – the inputs cannot be mixed within the Monarch. Like the HDMI, the 1/8″ audio also has a loop-through output.

Recordings can be up to 30Mbps – streaming maxes out at 20. Much of the granular control over the H.264 codec is hidden from the user; I was told this is by design, and that these design decisions are ongoing and not yet finalized. For example, you cannot manually set which H.264 Profile to use in encoding – the unit chooses for you based on your chosen resolution and framerate. The keyframe controls are also still being finalized; the unit I saw does not use B-frames, but that could change before final release. Recording destination can be local (SD Card or USB) or network (Windows or NFS shares).

Configuration of the unit is via a web interface only (poorly pictured above). You can also control multiple units from here, as it will scan your network to find other Monarch devices eligible for control. Once the device is configured, you don’t necessarily need the web interface – there are also Stream and Record buttons on the front of the Monarch hardware.

Streaming can be done via RTMP or RTSP. The former is standard for uplink to your streaming provider or CDN – the latter allows users to connect directly to the Monarch to view the streams. The rep I spoke with said he’d have 10 viewers connected to one unit, while also recording – pretty cool for facilities that want to do simple internal streaming with minimal gear.

And that’s it! That’s all I thought to ask about in the 5 minutes I had at the Matrox booth before the show floor closed. If I missed something, check PVC’s writeup or Broadcast Engineering’s video to see if they covered it. And it should again be noted that this is all based on software that is not final – by the time the Monarch ships in June, these details could be different. 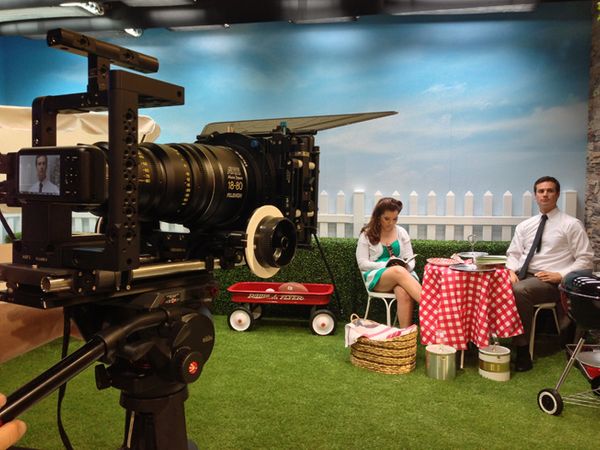 Blackmagic has made their presence known in the camera world with the Blackmagic Cinema Camera, and this year’s NAB saw the introduction of two more cameras to BM’s 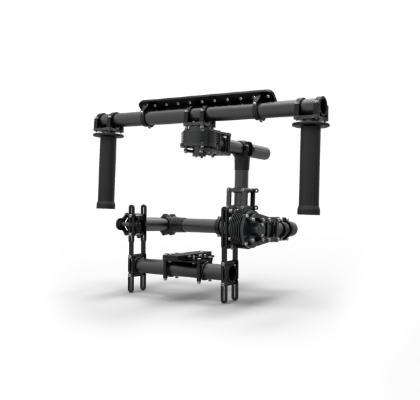 @gibsonfilms and I swung by the Freefly Systems booth at NAB 2013 to try out the hot new thing in camera stabilization – the MōVI, as revealed on Vincent Laforet’s