Last week The Verge ran an article about How Netflix won CES – they also named Netflix “Biggest Story” in their Best of CES 2014 awards.

By the end of the show, every major TV company had announced support for Netflix in 4K.

That’s a big deal: as 4K sets hit the mainstream, Netflix will be the de facto provider of ultra high-def content — years ahead of broadcast and cable networks like HBO and Fox in distribution, and equally far ahead of streaming competitors like Hulu and Amazon in creating popular shows like Orange is the New Black. That’s a deadly combination; one that could disrupt the entire television industry.

It’s hard to dispute that, in terms of sheer amount of coverage, Netflix won CES. Just Google it – pretty much every CES story mentions the company in some way. Almost every announcement features some variant of “Netflix 4K streaming partnership.”

But does that coverage translate to real  – and I’m sorry for this – disruption?

Stripping away all the hype and hyperbole: Netflix will be delivering a higher resolution video signal than is available anywhere, as long as you buy a 2014 smart TV from select manufacturers. This isn’t about watching Netflix anywhere else yet; these TV’s have built-in decoding hardware for the H.265 codec that Netflix 4K streaming will use.

As such, the initial proposition is already limited. The latest research I know of (here and here) paints a dim picture of smart TV usage. Even among smart TV owners, which represent maybe 30% of the total viewer base, only about 3/4 actually have those TV’s connected to the Internet. If only 75% of 30% of all TV owners care about smart TV features *now, *do you really think that higher resolution is enough to “disrupt the entire television industry?”

And those numbers are being generous. But alright, let’s be more generous and assume that suddenly everyone starts caring about smart TV’s. How does Netflix actually get that 4K content to your brand-new telescreen?

That’s right – through the Internet. Netflix already makes up 30% of all Internet traffic, and that number will only go up once they start pushing 4x the data. That kind of imbalance is causing some big problems with peering agreements, resulting in degraded performance for many users – and that was before the FCC’s net neutrality rules got struck down. And Open Connect? Good luck putting caching devices into the very datacenters that think they’re owed money. Netflix doesn’t control the transit – and that lack of control means they’ll always be at the mercy of outside forces.

They’re in a similar control situation with the content itself. Sure, they can promise House of Cards in 4K, but most everything else is at the discretion of the old guard content owners – the very stakeholders that Netflix is supposed to disrupt. If Netflix suddenly starts taking business away from old guard media by offering content in 4K, all the old guard has to do is stop giving Netflix 4k content. 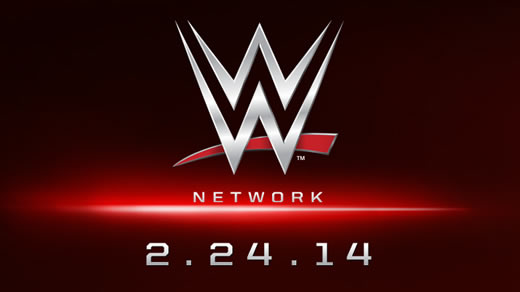 While pushing quality distribution forward is admirable, it’s nothing to flip out over. But what if a content creator could also control their *own *distribution?

It’s the ongoing consumer dream: a la carte distribution. No more bundles, no more high bills – pay for only what you want, directly from the people who make it.

On February 24th, the WWE Network will launch. It will be 24/7 WWE content, run by the WWE, available on all the devices you already own, and only $9.99 per month. For the first time ever – at least on this scale – the content creator will also be the content provider. They’ll control everything from the camera to the couch.

What I can’t understand is why this isn’t bigger news. The next great leap forward in broadcasting is clearly IP distribution over commoditized networks, and the WWE is out ahead of pretty much everyone on it. The constraints on TV and cable, both technical and logistical, no longer apply.

Obviously they’ll face some of the same potential distribution pitfalls as I outlined for Netflix, but they’ve got a big advantage: telco apathy. The WWE isn’t a rogue network breaking free of a bundle, nor are they a replacement for a multi-source content provider.

In short: they’re not a threat to the status quo, because they’re already outside of it.