I’ve been traveling for a significant portion of my career. Tokyo, Amsterdam, Vancouver, Illinois, even Timbuktu – I’ve lived in many a hotel room. In that much time, you tend to fall into a pattern of travel, which includes figuring out what you can bring along to make being away from home less terrible.

In addition to my own preferences, I polled some fellow road warriors for their preferred gear. So here it is: the stuff we don’t leave home without. Got a suggestion? Send it to videograndpa at gmail or post it in the comments.

These are things that most people wouldn’t think to bring while traveling, but they make a huge difference in your quality of life while on the road.

Hotel internet sucks, and it always sucks in a new and different way than last time. Maybe it’s terrible intermittent Wifi, maybe it’s no Wifi, maybe it’s Wifi-only and you need a wired connection. This little device from Zyxel solves all those problems. It can be configured to plug into wired internet and give you your own stable in-room Wifi, or to take existing Wifi and make it available to a wired-only device. Also, it’s tiny and USB-powered – you can even power it straight from your laptop. 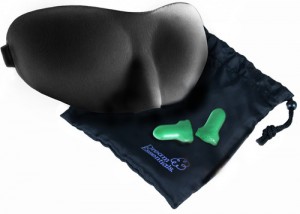 The reality of travel, especially if you do it a lot, is that you’ll have to sleep in less-than-ideal conditions. A snoring roommate, curtain-less windows, screaming children in the hall – all the bane of a good night’s sleep. A mask and earplugs take no space, weigh almost nothing, and are a lifesaver when the ice machine in the hall decides to have a seizure at 4am. Never leave home without them. 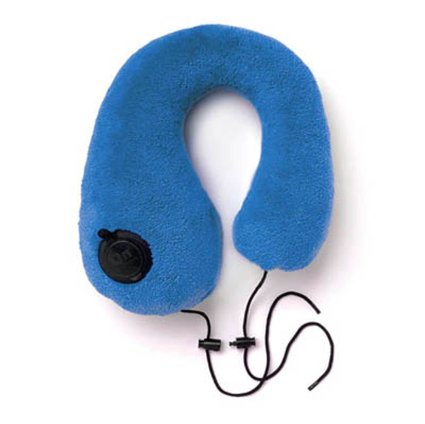 I’m usually of the “don’t waste space on a pillow” mindset, but as I said above, you don’t always get to pick where and how you sleep. A good inflatable pillow is the best option: minimal bulk, maximum pillowness. 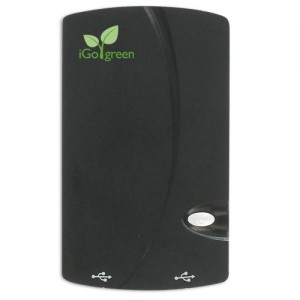 This thing is awesome – it’s a combo 2-port USB charger and battery. I use it at night to charge my iPhone and Kindle, then throw it in my bag during the day. If my phone needs more power, no worries – I’ve got a backup battery ready to go for charging. 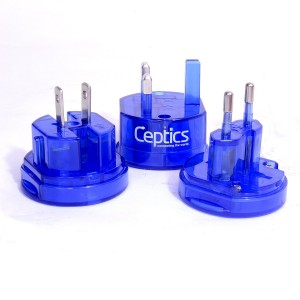 If you’re traveling outside the USA, you’re going to need converters to plug your electronics in. There are two types: simple adapters, and more complicated voltage transformers. An adapter is just that: it adapters your plug to physically fit into a foreign outlet. However, some countries use a different voltage than America – for this you need a transformer. But some devices, like laptops, have dual voltage power supplies that will work anywhere, without a transformer.

Confused? No problem. Check out REI’s World Electricity Guide, then buy what you need. 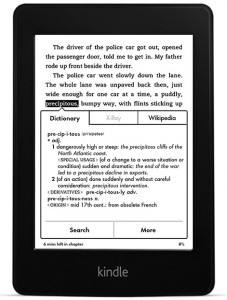 The Kindle has been a lifesaver for my travels. I read very fast, so I used to have to haul a backpack full of heavy books around with me. No more – now I’ve got an entire library that weighs almost nothing. But for taxi/takeoff/landing, delays, and the dreaded Kindle failure, it’s always good to have a paper and ink backup. I just randomly chose The Stand because it’s long. 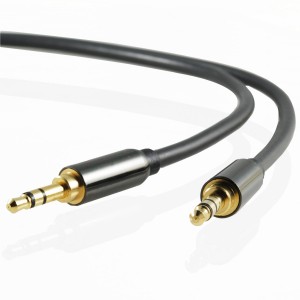 It’s always really convenient to be able to connect your phone or laptop to things. Want your music in the rental car? Spotify in the hotel room? These cables don’t take up much space or weight, but allow you to connect to a wide variety of things. 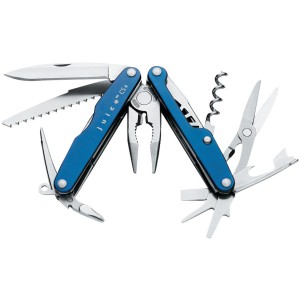 It may seem like overkill, but you never know what you may need to do. Wine bottle need opening? Glasses need fixing? A good multi-tool can handle those and more. One time I was in a hot hotel room without AC – I used my Leatherman to take apart the safety windows so I could get a nice breeze. (Disclaimer: do not do that ever)

Flashlights are super useful, but a flashlight you don’t have to hold? That’s gold. Whether during a power outage or just reading in bed, having a flashlight in your bag always comes in handy. The one above is the one I personally use – @caleblawson swears by this one. 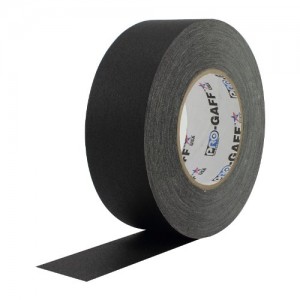 It may seem a bit nuts to bring a roll of tape traveling with you, and even moreso one that costs $22. But you owe it to yourself to try out gaff tape. It’s basically duct tape on steroids – cloth tape that we use every day in production, for everything from hanging things to fixing shoes. On a trip once, my sister’s bag came out with a huge hole in it – I patched it with gaff tape, and she still uses the bag. That was six years ago.

Airport water is hilariously expensive. So bring along your own water bottle, and fill it up once you’re past security. Not only that, but airplanes operate at very low humidity levels – you’re going to want a convenient source of water. 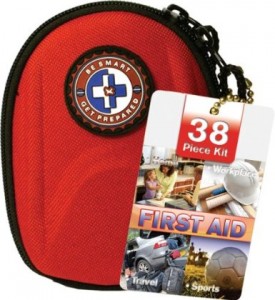 You never think about first aid – bandages, antiseptic, etc – until you need it and don’t have it. Do yourself a favor and pack a kit whenever you travel. This one is a small generic one, but it’s usually best to tailor your kit to the trip. Burn treatment for camping, cortizone cream for areas with lots of bugs, etc.

Every year I have to spend a week in Las Vegas for production conventions. I don’t know about you, but 4 days is about my Vegas limit – so being able to spend a night chilling in my room playing games is great. Just plug your laptop into the hotel room TV via HDMI, fire up Steam’s Big Picture mode, and you’re up and gaming. TV not letting you change the input? Just unplug that in-room entertainment data box on the back – that normally does it. And some hotel TV’s even auto-switch inputs once they detect a signal.

It should be noted that though I roll with a Macbook, I boot to Windows for gaming.

You always need stuff to wear, and stuff to put stuff in. This is where this stuff comes in. Stuff! 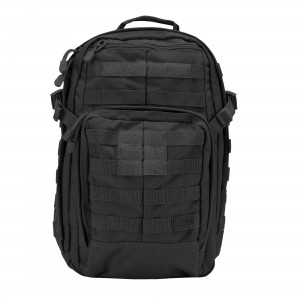 I’ve kind of already covered backpacks here, but when I finally buy a new one, it’ll be this one. Love the almost limitless rigging options, and since it’s designed to be used in actual warfare, it’s rugged enough for production. And if you need more organization inside your bags, check out TrekPak. 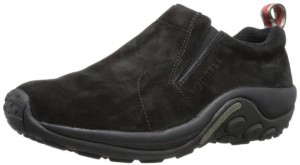 Shoes that can easily be taken on and off are a must when we’re all at the mercy of the TSA. Doug recommends these guys as both comfy and functional – I personally wear some velcro ones that I can’t find a link for (nevermind, Jen found them). 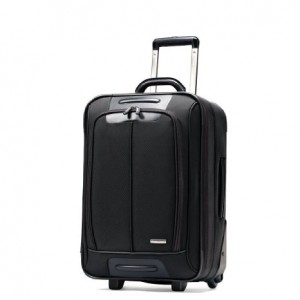 I don’t usually travel with a rollaboard, but for those who do, having a good one is a must. Doug swears by Samsonite’s Compressor model. Just remember: no matter how sweet your rolling bag, you’ll have to gate check it on regional jets. 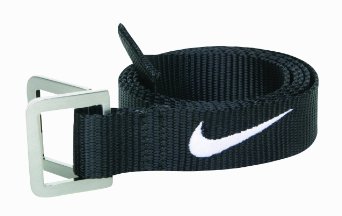 I HATE taking off my belt to go through security. That’s where this one comes in: it doesn’t set off detectors. Though if you go through one of those cancer-scanners, they still insist you take off all belts. Because they’re jerks.* (Though Doug says he never takes it off, even in the scanners, so that’s sweet)* 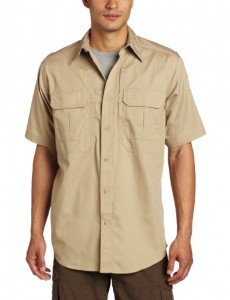 Nice, lightweight travel shirts are always great – less wrinkles, less weight, and you can even wash em in a bathtub if you need to. Shirts like the Taclite are even better: it’s got hidden document pockets, for keeping your passport and such safe.

That’s all the stuff I can think of. Have anything to add? Drop a comment or tweet, maybe I’ll add it.