Really weird story unfolding in this brand new year. It started normal enough, with an indie dev – Wolfire Games – getting an all-too-common ContentID strike on their YouTube channel:

Nice New Year’s present from @YouTube : they are flagging our own Overgrowth videos as violating copyright. Thanks guys! You shouldn’t have.


We’ve been YouTube partners for 5 years, do not monetize our videos, and only show our own created content, and we’re still getting flagged. — David Rosen (@Wolfire) January 2, 2014

Since Sebastian and I are trying to track these issues, I of course reached out for more info.

@TauSodan We only use custom-created music that we iterated on during development, so I’m not sure how that could happen!

Oh look, here they are. You may know them as the company behind Smosh.

Here’s where it gets weird – they also own The Escapist. So I did a quick search and, lo and behold, The Escapist published a Wolfire developer video to their YouTube channel.

(BTW, when I first linked that video earlier today, it had 47 views)

Guess what that background music is? If you guess “the same music that Wolfire got the strike for,” you’d be right! The thing is, Wolfire only uses original music, and owns all their copyrights – so there’s no way anyone but them should be claiming videos, let alone issuing ContentID strikes.

Now, to be clear, I don’t know for sure that this is what happened. It’s possible that this is not the video that triggered the strike. But it seems like an amazing coincidence, no? And even if this isn’t the specific video, something in the Alloy catalog appears to have been falsely claimed.

What’s even more troubling is that this may have originated with The Escapist. Like most games media sites, they upload thousands of assets that they don’t own exclusive rights to. That’s a lot of enforcement accidents just waiting to happen. IGN’s YouTube catalog contains over 111,000 videos – what if Ziff Davis decided to register them all with ContentID? Even though Content ID explicitly forbids claiming anything you don’t have exclusive rights to, there’s nothing to actually prevent it.

Obviously I don’t think that The Escapist, or Alloy Digital, purposely intended to assert copyright of a video they clearly own no rights to. But this is the problem with the scorched earth approach to intellectual property enforcement: someone always gets burned.

And when that someone is the content creator our laws are designed to protect, something is very very wrong.

Looks like Wolfire was able to get in touch with Alloy & The Escapist and resolve the issue.

Talked to @TheEscapistMag and @AlloyDigital and they resolved the copyright issue; trying to figure out exactly what happened.

While this never should have happened in the first place, at least the response was correct: apologize and fix it immediately.

Last week The Verge ran an article about How Netflix won CES – they also named Netflix “Biggest Story” in their Best of CES 2014 awards. By the end of the 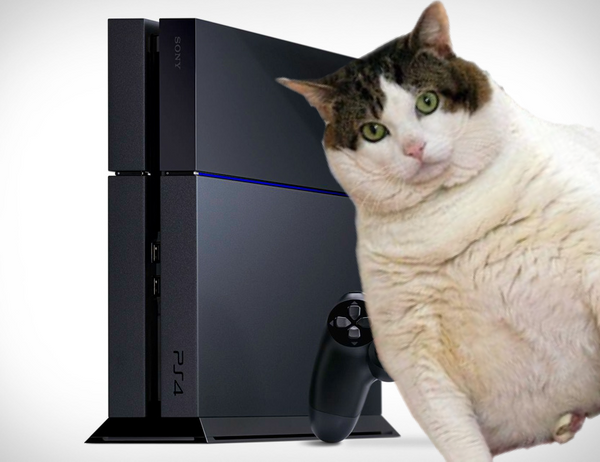 Today Arthur Gies, reviews editor at Polygon, confirmed that a fat enough cat could possibly cause a vertically-oriented Playstation 4 to tip over. if you push on the left side