Last week I posted an article comparing every video game recording solution that matters. My pick for the low-budget category was the Hauppauge HD-PVR line – hardware H.264 capture via USB, with support for both component and HDMI, for around $150.

You may have noticed that Roxio was absent from that list. That’s because I was listing solutions that matter, and with 480p-only capture, Roxio’s Game Capture doesn’t matter (at least to you, my discerning audience of roughly 5 people).

On the surface, this looks like a better option than the Hauppauge HD-PVR 2 – same price, more features. But I’m not going to say for certain since I have zero experience with Roxio capture devices.

Speaking of which: Kickstarter’s pretty big these days, and I’m an expert in gaming capture. How would you feel about Kickstarting a gaming capture showdown? Unfortunately I’m not rich enough to fund it myself, and nobody sends me review copies of anything. It’d be sort of like this, except less well done.

Let me know in the comments, or on Twitter, or just yell out your window.

According to this review, it’s not as great as it seems. The component dimming issue he mentions probably means my power concern is valid – not enough power for an active split. Passively splitting an analog signal would cause visible dimming. Passively splitting HDMI is almost worse – it’ll work in a lot of setups, but sometimes it won’t. Also, a passive split won’t handle HDCP properly – fine for games, but when you flip over to Netflix, you’ll have to rewire your Xbox setup. So if this device *does *use passive splitting (which I suspect it does), that’s a pretty big strike against it in my book.

Unfortunately, this review doesn’t actually explain either of these major issues. It also doesn’t mention that you can’t capture 1080p over component. And there’s no mention of bitrates beyond “Bitrate is user determined.”

The audio problems are troubling – a loss of volume and bass? If it happened on the component input, then that could be explained by a passive split – but the review doesn’t note which input has the audio problems.

Either I’m an asshole, or this is a really shallow review.

Whatever, I stand by my Hauppauge recommendation until I can personally review both units. Which will never happen because no one cares.

Today Google published a whitepaper called Understanding the Modern Gamer. It’s a really interesting read, and doesn’t contain the subtle racism of a Nielsen report on the same 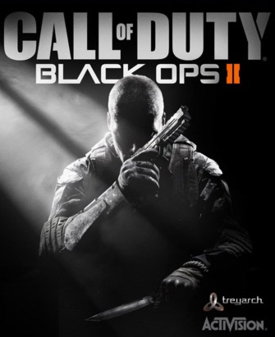 Today TechCrunch reported that Twitch has raised $15 million in venture capital. That’s fine on its own, but what caught my eye in the article were actually two unrelated