All the #PS4 streaming and sharing: that’s on the hardware. Devs don’t have to do anything special to their game. #GDC

On the gaming side, the above isn’t big news, beyond the obvious advantage that we won’t have 600 different streaming/sharing implementations done by 600 different devs. But on the content side, this is pretty big.

Sony owns all content coming out of the PlayStation 4.

The implementation of live streaming, as well as the Share button, is in the PlayStation 4 hardware itself – either as software running in the background, or as a dedicated encoding chip on the motherboard.

That means that Sony, and no one else, has control over how these content generation features work. Want to stream to YouTube? Better hope Sony decides to enable it. How about Sharing your video to your Vimeo channel? Sony’s call. And depending on how it’s implemented, this may also limit your ability to utilize new video technologies like H.265 or MPEG-DASH.

The upside to this is that Sony can decide to add publishing partners – like YouTube or Vimeo – through a system update, without breaking previously released games. I’d imagine that was a big factor in deciding to implement the video sharing features at the system level: global control.

Of course, that control automatically extends to the content itself. Ownership of the ecosystem by which gamers create and share game-related content could be incredibly valuable, especially to a company like Sony that’s looking for new and creative revenue streams. Hell, I even said as much a while back, and wouldn’t be surprised if Microsoft’s approach is similar.

Obviously it’s still to be seen how that control plays out in the real world. But don’t be surprised if your publishing choices are limited to those that play nice with console manufacturers.

It’s the Jobscast! Joined by @JennFizz, we give advice on how to get a cool job in tech/gaming. Should you go to college? How do you make your resume stand out? Does being local matter? All this and more! 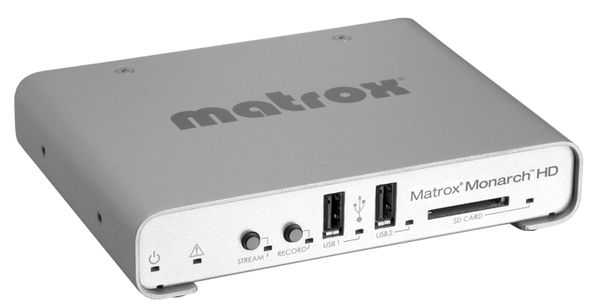 It actually exists! And looks cool! Matrox issued a press release today, firming up details on the Monarch: From any HDMI input source such as a camera or switcher, Matrox