The Xbox One is going to watch everything you do! It’ll sell your viewing habits to the highest bidder! It’s a privacy nightmare!

While everyone’s been yelling about the patent application for TV-watching achievements, here’s one I find more interesting:

A video recording system that controls recording of television programming relating to sporting events to better match the intent of a user who specified programming for recording. The system merges data from an electronic program guide and sports data, such as from a news feed, to determine values of recording parameters, such as start and stop time and channel. User input may specify a player, team, league or other sports entity for which sporting events are to be recorded. The system may use the sports data to identify sporting events involving the specified sports entity and then access an electronic program guide to determine a channel on which to record the sporting events. When the user specifies a sporting event to record, sports data may be used to track progress of the event and dynamically adjust an ending time of the recording to ensure that the full event is recorded.

I think they would.

The Xbox has also got a big advantage over Media Center: it comes with an input. All the Xbox has to do is change the channel on your cable box and that sweet sports action is available to a box that has a hardware video encoder. But how will it change the channel? Maybe with its IR output and this patent for a system for controlling light-enabled devices.

This would also do away with my personal rage regarding DVR’s: recordings that start too late or end too early. Right now, the DVR is a slave to a single schedule; if that schedule is wrong, your recording is wrong. And sports broadcasts suffer from this more than most, since the scheduled end time is just an estimate – who knows how long the sudden death shootout or whatever will last.

How will it work? Who knows. And who knows if it’ll even exist – this is just an application, which even if it becomes a patent may never be more than a file in an office somewhere. But it’s an interesting window into where Microsoft’s head is at as it stomps towards its goal of living room domination.

Definitely much more interesting than this whole “it’s watching you” panic that I predicted back in January.

For further reading, here’s some more Microsoft patents that may or may not mean something.

AWARDS AND ACHIEVEMENTS ACROSS TV ECOSYSTEM

RATING BASED ON RELATIONSHIP 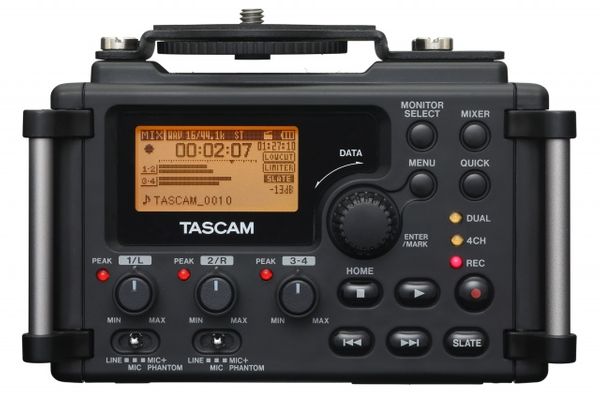 Can Tascam’s DR-60D dethrone the reigning king of DSLR audio recorders, the Zoom H4n? The (cat) verdict is in.

In the midst of the pile of news that came out of today, some were quick to jump on news that Sony’s stock gained about 9% today, while Microsoft’